I have Type 1 diabetes, which is complicated to control, and pregnancy made it even harder. My eyes were checked every two weeks, and I was seen at the maternity outpatient ward every week. At 23 weeks, I had a special scan to view my baby’s heart to make sure it had formed properly. Sadly, it hadn’t. My partner Dylan and I went through hell over it, and cried a lot of tears. I had my last eye check at 32 weeks and was told there was a 99% chance of going blind if I had a natural birth, so there were more tears. So it was always going to be a caesarean.

At 37 weeks, we were flown up to hospital where our go-ahead date had been set. On the day, my partner and I were all excited and ready to go into theatre. But while we were in the waiting area, I was told that there were no beds available, so it would have to be another day. I was so angry, and the look on my partner’s face when I told him it wasn’t happening made me break down in tears.

A few days later, we were given the go-ahead again, only to arrive once more and be told that it still wasn’t happening. While my partner went back to his Nana’s house where we were staying to tell her what was going on, I remained in hospital and was put on the monitor to ensure that baby’s heart was still beating the right rhythms. I was only supposed to be on the monitor for 20 minutes, but coming up to an hour later I was still there.

I needed to use the toilet, so rang for a nurse to unhook me. She looked at the trace on the paper from the monitor and suddenly told me to lie on my left side, then on my right. Within seconds there were more people in my room, asking me if I was in pain, if I was feeling okay, and if my blood sugar was okay. They were speaking in medical terms and then they disappeared – while I was still laying there, wondering what had happened! 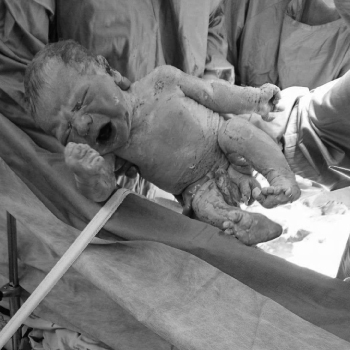 The nurse told me I could go to the toilet, but very quickly, as I needed to go back on the monitor. She explained that my baby’s heart rate had dropped, so I had to stay on the machine. About half-an-hour later, a doctor came in and asked me if and when I ate, as I needed to be “nil by mouth” for my C-section. Then another person came in to tell me that my baby would be delivered that afternoon!

I was finally wheeled into theatre, and was in there for about 30 minutes for the

C-section itself, then taken to recovery. I only got a glimpse of my wee boy before he was taken away to be checked and secured.

It took me a day-and-a-half to actually be able to walk a short distance, so I had to be wheeled in a chair to see my son. He’s had two open-heart surgeries within the first month of his life, but he’s healing wel, and we’re

able to go home soon to introduce him to everyone.

So my planned C-section ended up being unplanned after all! 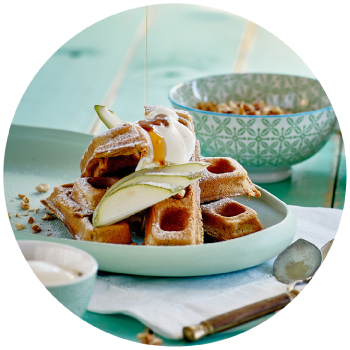 Kumara waffles with maple sour cream and pecans. This recipe is divine. I love waffles at the best of times, but every now and then you have one that just sets it apart from all the others... READ MORE 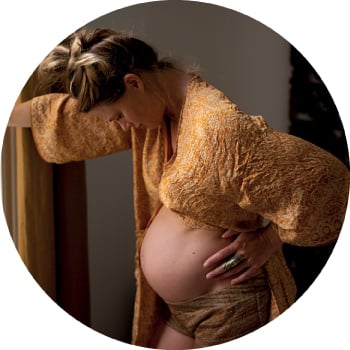 A to Z of pain relief

Stressing about labour pain? Here are 26 options for coping with the pain of childbirth... READ MORE