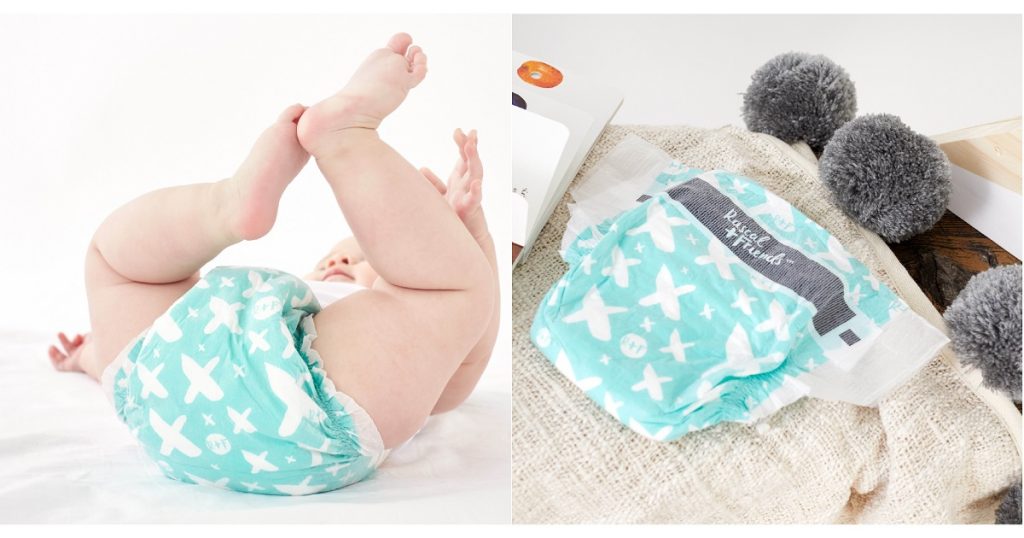 Rascal+Friends Premium Nappies (available online at rascalandfriends.co.nz or instore at New World and Pak’nSave). Super-cute unisex nappies from a Hamilton, NZ-based company run by a brother and sister (Grant and Louise).

Rascal+Friends is “the new kid on the nappy block”, as they started in 2016. But make no mistake, their nappies are excellent, and our testers were very impressed not only at how cute they are (a lovely minty green colour decorated in white “kisses”), but also at their quality. Their new Generation 2 nappy has an advanced absorption channel which increases the absorbency area of the nappy by up to 40%. With 3D leak guards to hold explosions in and resealable “magic” fastening tape so you can get the perfect fit, they’re developed and designed from experience and tested by real Kiwi families on their own rascals. We particularly commend the water-based ink and design which contains no formaldehyde, and the super-soft, non-woven absorbency and dispersion layer which keeps your baby dry even when the nappy is soaked.

When I think of how many different nappies I’ve used over the years with my three children, it’s fair to say I have strong opinions about which brands are useful and which are, well, useless. The first thing that drew me to Rascal+Friends nappies was the cute-as design. Who can resist “kisses” on a cute little baby bottom? And what kept me buying more was their performance. My one-year-old can have pretty explosive nappies as well as some seriously wet ones, so finding a nappy that keeps her comfortable while also containing everything always feels like a miracle. She’s also a skinny wee thing, so definitely needs a nappy with a waistband that can be adjusted to fit and leg holes that don’t gap. Rascal+Friends definitely fit all of my requirements! They’re wonderfully convenient and more than a few of my mum friends have said, “Hey, what nappies are those?” when I’ve pulled one out at changing time. It’s great to be able to recommend a Kiwi nappy company not just for the look of their product, but also because their nappies work well.

While the vast majority of parents simply roll up a stinky nappy and pop it into the rubbish bin, the proper way to dispose of poo is to tip it out of the nappy and into the loo, then dispose of the nappy. Yes, really. It’s better for the environment and definitely better for your nappy bin – you won’t have to deal with that whiffy smell every time you open the lid. Here are some other nappy secrets you might want to read up on. Check out Rascal+Friends FAQ for more interesting info about their nappies. This is one of the best ice-cream flavours I’ve ever had, and my home-made version is even better than the bought version as it’s so much more ‘plummy’ and not overly sweet.... READ MORE 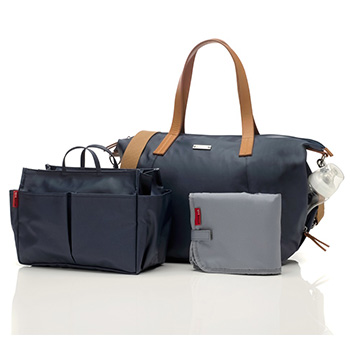 A nappy bag that is stylish enough to pass for a handbag, but has all the features and pockets we need when out and about with a baby? Yes, please!... READ MORE