I don’t know how she does it! For overloaded mums

Do you have a newborn and older kids in the house? How do you get anything done at all? Mum-of-six and productivity guru Robyn Pearce, aka The Time Queen (gettingagrip.com), has good advice for overworked, overloaded, and stressed-out mums.

You’re just home from hospital with your new bundle of joy, or if it was a home birth, the initial flurry has died down and now you’re on your own. Whether it’s your first baby or there are already other fledglings in the nest, every mother knows it can feel somewhat overwhelming when the support has dispersed.

Picture this. The nearly-toilet-trained toddler needs to poo, the baby is starving, the older kids are fighting over toys, and you’re so tired you can’t even think straight. Daddy is due home in an hour and dinner hasn’t even hit your radar. Yesterday’s clothes are piled up in a huge mountain in the lounge, today’s washing still needs to come off the line, and the vacuum cleaner you optimistically pulled out this morning has been sitting forlornly in the hall all day. Sound familiar? Here are some lifeline strategies I used when raising my six children.

Hire a student for the hell hour

One of the best pieces of advice I ever had as a young mother was from my doctor. “Hire a schoolgirl for the Hell Hour,” he said, when he noticed me looking exhausted. We were a one-income family (and a very small income at that). Money was scarce. However, his advice was appealing, so I counted my pennies and rearranged our priorities. A couple of enquiries uncovered Leonie, a helpful 14-year-old from just along the road. For the next six months, while the current baby was small and I was in that particularly overwhelmed state, Leonie hopped off the school bus every afternoon at our place instead of hers. She would grab a sandwich for afternoon tea and then work solidly for an hour.

It was fantastic. She did anything I needed: Bringing in the washing (or sometimes putting it out!); bathing the bigger kids; peeling potatoes; picking up toys; even the ironing. An extra pair of hands was the lifesaver I needed. Having that extra pair of hands is great not only for frazzled mothers, but also for contributory dads who aim to get home early enough to be involved with their small children’s bedtime. Some of the routine tasks will have been handled, and they’re more likely to arrive home to a calmer house and a less exhausted wife. You might not have a Leonie, but here are some sources of help:

We don’t need to do everything. Those would-be super-parents are often exhausted and burned out. We’re in this for a long time, not a perfect time.

I’m a great advocate of making older kids responsible for their share of the chores so they learn to be responsible adults. Maybe some of their pocket money is linked to satisfactory performance of certain household tasks. Many families make a household duty roster and place it on the fridge door. If you’ve got littlies, the list might be pictorial. Bigger children can be involved in helping create the list. Include cooking, bathroom tidy-up, rubbish, pets, and dishes. Even three and four-year-olds can make a contribution – and you’re teaching them lifelong habits. It’s also a great way to save arguments about whose turn it is.

A five-year-old can set the table, wash vegetables, and rip up lettuce for a salad. Kids as young as seven or eight can prepare a simple meal with minimal supervision. Tinned soup and cheese on toast tastes pretty good if you’re tired and you don’t have to cook it yourself.

Children actually take pride in having responsibility for such a “grownup” thing as dinner. It not only shares the load, but shares the kudos when dinner is delicious! Consider nominating each family member to cook at least one meal every week. They don’t have to produce a gastronomic treat. Adopt the rule “If it’s on the table and it’s edible, it’s dinner!”

Some families work as a team after dinner to clear the table, load the dishwasher, drop the tablecloth or place mats into the washing hamper, and wipe over the table. When you work as a team, the dining room and kitchen can be clean and tidy in less than 10 minutes.

Do it the night before

What concurrent activity can you or the children do earlier in the evening? Perhaps whomever dries the dishes or unloads the dishwasher could set the table for breakfast after dinner is cleared away. Make lunches while you prepare the dinner. Or you might even make a week’s worth in one go. Ironing shirts, sewing on buttons, packing school bags, or finding a mysteriously vanished pair of trainers or pantyhose without a hole are all night-before jobs. Wait until morning and you’ll be stressed before you get out the door.

Your toddler is asking for attention by clinging to you? Straightaway give him or her five to 10 minutes of your full attention. (They won’t need more.) It works a treat. You’ll then be able to walk away and focus on your own tasks while they carry on with their play.

Find a supply of good babysitters and optimise the time they’re in the house. You’re paying for their time anyway. Consider paying a little more if your sitter is prepared to do some small household jobs such as ironing, washing up, or making school lunches once the kids are in bed.

A fast start gets amazing results

Break the back of a big task with a fast focus and concentrated action. Tell yourself you’re just making a start. You’ll be amazed – you’ll achieve 80% of the results in 20% of the time. Put on a favourite CD and go as hard as you can for one song. This works wonders with kids, especially if you let them choose the song. You will be astounded at what you can achieve in three or four minutes, particularly if you have three or four pairs of hands working together for the same goal.

Don’t try to squeeze everything in

Make yourself a plan for the day, schedule your tasks, and stick to that list as closely as possible. If anything extra interrupts your plan, don’t try to squeeze everything in! Think about the plan (list) and simply cross out, postpone, or cancel the least important task.

Get yourself ready first before attending to the children. Teach them the same habit. When they’re ready, they can read, play, or do an approved activity they enjoy. If you find yourself often running late for appointments, stressed, flustered or behind the mark in some way, perhaps you’re not preparing early enough. Instead, at the beginning of the day or even the day before, make a mental checklist of the coming day’s activities. Lay everything out long before you need it, and then carry on with other tasks until it’s time to change activity. It’s such a simple thing, yet it takes away a huge amount of pressure. And don’t try and fit in too much. Give yourself permission to enjoy the time your babies are small. It passes fast! 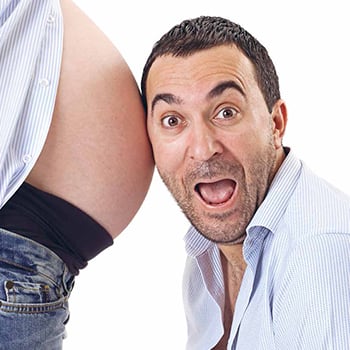 This one’s for your birth companion – anyone whom you’re planning to have in the delivery room while you’re in labour and giving birth needs to read it.... READ MORE 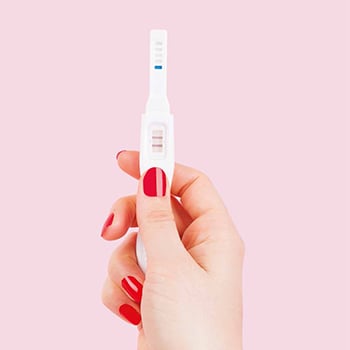 10 things that might surprise you about trying to get pregnant

Are you having sex often enough, or too often? What about timing? When are you ovulating, anyway? Here are some common fertility mistakes couples make when trying for a baby.... READ MORE