You’re pregnant, yay!  Congratulations!  Unfortunately, around week 6 of pregnancy, the symptoms of morning sickness can start.  It usually subsides around week 14-16 of pregnancy.  Here are a few tips that may help you find relief.

Any woman who has suffered from morning sickness knows that it is absolutely debilitating.  It affects a woman’s ability to work and has a psychological, emotional and social impact on women and their families.  Up to 85% of women suffer from morning sickness.  This varies from mild to severe nausea and vomiting several times a day.  Severe morning sickness is otherwise known as hyperemesis gravidarum.

There are several known factors which can increase the likelihood of morning sickness.  Some factors are unavoidable such as being aged under 24, having a girl, or carrying twins (or more!)

The good news is, some factors are avoidable

In the first-trimester, iron supplementation is usually unnecessary, especially if a woman has followed a preconception care plan and boosted her iron stores prior to conception.

The pregnancy hormone, hcg, stimulates a woman’s thyroid in the first trimester.  This is known to aggravate the symptoms of morning sickness.

The recommended daily intake of iodine in pregnancy is 220 micrograms.  This should come from her diet and she can supplement as well.  However, supplementing with this amount may be too high for some women in the first trimester.  It is possible that her thyroid could become overstimulated and lead to an increase in nausea and/or vomiting.  The World Health Organisation recommends that all pregnant women should supplement their diet with 150 micrograms of iodine daily.

Hyperemesis gravidarum is associated with helicobacter pylori, a spiral-shaped bacterium in the digestive tract.  It is common, infecting over 30% of the population.

Hopefully, helicobacter pylori would have been detected and treated prior to conception.  If you are suffering from severe morning sickness it’s a good idea to ask your GP for a urea breath test when you have stopped breastfeeding.  This test is contraindicated during pregnancy or breastfeeding.

Tips to ease the symptoms of morning sickness

75mg of vitamin B6 taken daily has been found in several randomised controlled trials to reduce the frequency and severity of nausea and vomiting in pregnancy.

Eat frequently, preferably every 2 hours.  Try snacking on almonds and other nuts to stabilise blood sugar.  Eat foods high in chromium such as apples, raisins, nuts and cheese.

It’s a good idea to eat something high in protein just before bedtime.  This will help prevent blood sugar from dipping too low overnight.  Nuts or yoghurt are especially helpful.

Keep some crackers or ginger biscuits next to your bed to eat before getting up in the morning.

There are several nutrients that help maintain healthy blood sugar levels.  These include chromium, biotin and alpha lipoic acid.  Other nutrients involved in carbohydrate metabolism include vitamins B1. B2, B3, B5, B6, B12, magnesium, manganese and zinc.

Ginger is a traditional remedy for morning sickness and has been shown in several studies to be effective at a dose of at least 1000mg daily.

Due to its blood-thinning activity, you should be cautious when taking ginger with other blood-thinning medication such as aspirin or supplements such as fish oils and CoQ10.

Chewing on crystallised ginger or drinking ginger tea during the day may help to ease symptoms.  Chamomile or peppermint tea may also be helpful.

During my last pregnancy, I found that eating a cube of crystallised ginger helped my nausea disappear within 5 minutes!  Although, I did need to do this quite a few times during the day.

Carry some Quick Eze in your handbag as neutralising stomach acids can help to relieve nausea.

If you are constipated, try having 2 kiwifruits at night to gently stimulate your bowels.  Relieving constipation can help reduce nausea.

NaturoBest Prenatal Trimester One with Ginger is a high-quality prenatal multivitamin and mineral supplement specially formulated to reduce morning sickness.  It contains 1300mg of ginger and 75mg of vitamin B6 including the activated form of B6, pyridoxal-5-phosphate to reduce morning sickness.  It also contains 500mcg of the highest quality folate on the market, Quatrefolic®, to support healthy foetal brain development.

Nikki Warren is an experienced fertility naturopath and herbalist based on the Sunshine Coast who launched NaturoBest Supplements in 2016.

If you’re planning to go back to work after your baby arrives, you’ll want to read this – by a writer who has chosen to remain anonymous, but has some important advice to share.... READ MORE 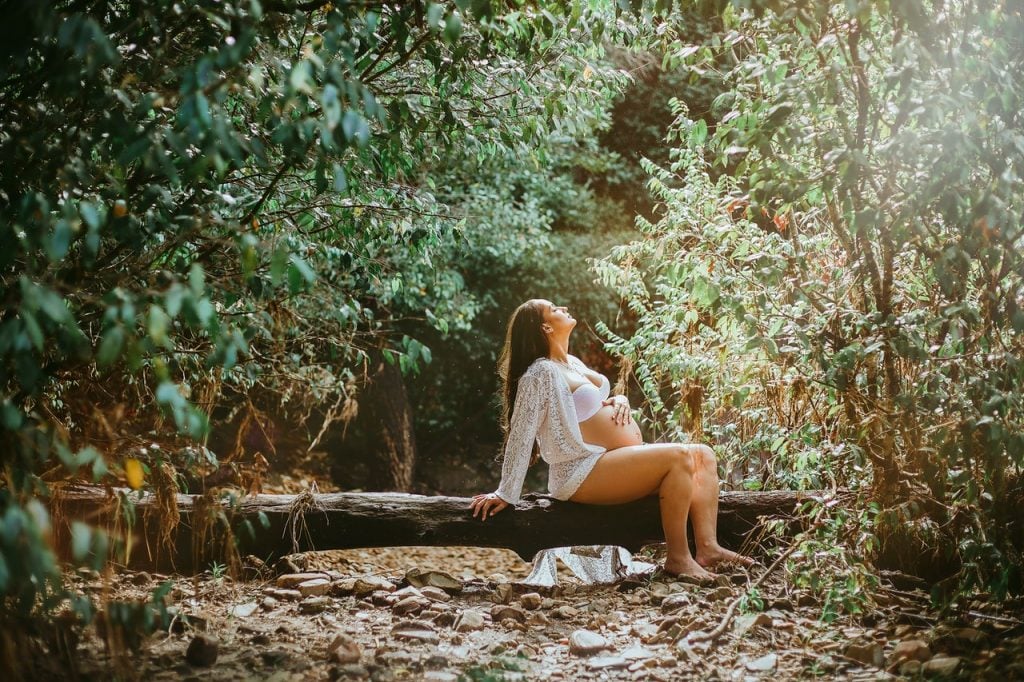