So your due date has come and gone. Is there anything you can do to bring on labour? Tiffany Brown investigates.

Forty long weeks have passed, and with each one your excitement and fear have mounted in equal measure. Your due date finally arrives… But your baby has other ideas. You now enter a state of flux. Between due date and arrival date you’ll play a unique waiting game. Poised and ready for that tiny bundle to burst into your life, at the same time you’ll be clinging to life-as-you-know-it as the countdown continues. You’ll probably be frustrated and longing for pregnancy to be over, while grateful for every extra minute’s worth of mental preparation time. It’s enough emotional upheaval for anyone to be a quivering mess, much less a hormone-ravaged pregnant woman.

So the first thing to do is recognise the imperative need to relax and breathe, to keep calm and carry on. Babies are uniquely in tune with their mothers’ moods, and an environment of stress may well prolong your labour further. If your pregnancy progresses 40 weeks to the estimated due date (EDD), it is referred to as a post-dates, post-term, prolonged, or more commonly an overdue pregnancy.

Your EDD is only an estimate of your baby’s arrival. It’s completely normal to give birth within one to two weeks either side of the date. The oft-repeated phrase “babies come when they’re ready” rings more true than you might have thought. Only 2-5% of babies are born on their due dates, and around 40% arrive within the two weeks beyond that date.

You may be frustrated, but the last weeks of pregnancy are crucial to your baby’s development. Contrary to popular opinion, the last stage of pregnancy is not simply about your baby getting chubby and descending the birth canal. The vital processes engaged in the last weeks of the third trimester are numerous. Antibodies  shift from you to your baby to protect them against infection and disease, essential fat and iron stores are established, and baby perfects their sucking and swallowing technique for successful breastfeeding. Critical brain development continues, while fetal lung development enters the nal stages before birth. In fact, it is the lungs’ readiness for breathing that triggers the process of labour.

Lung surfactant is a soapy substance which coats the lungs and keeps the alveoli (air sacs) open. Alveoli sacs enable breathing by allowing for gas exchange when oxygen is drawn from the blood and carbon dioxide is expelled through exhalation. Millions of alveoli begin to be produced around 36 weeks of pregnancy, and surfactant production also steps up in the last few weeks to prepare for air breathing. Special cells called macrophages provide immunity to lung infection by neutralising viruses and bacteria. A protein in lung surfactant activates the macrophages to begin a process of migration to the wall of the uterus, creating an in ammatory response that begins the labour process.

There has long been concern in the medical and midwifery communities that interventions such as medical inductions are being over-prescribed in normal pregnancies. About a quarter of all labours in the UK, Canada, Australia, and USA are induced before 41 weeks. Inductions carry inherent risks to mother and baby. Serving your baby with an eviction notice before they are ready to be born may put them at risk of complications after birth, while medical induction of labour very often leads to more interventions during the birth. Of course, there are certainly situations where labour induction is medically advisable and necessary to protect mother and baby, but it is increasingly common for inductions to be arranged for convenience rather than necessity.

The brain response to the natural initiation of labour is the release of oxytocin, the powerful hormone that causes uterine contractions. A rise in oxytocin prompts the brain to produce endorphins to ease the pain of labour. Medical induction effectively skips these two first steps in the labour process. Many women find the immediacy of an induction, as it mimics natural labour with synthetic hormones and an artificial thinning of your cervix, much more difficult to endure. The safest and healthiest way to bring your baby into the world is for labour to begin naturally and spontaneously.

Only 2-5% of babies are born on their due dates, and around 40% arrive within the two weeks beyond that date.

So what can you do to naturally encourage a spontaneous kick-start to labour? Having sex will bound to be a nudge, nudge, wink, wink suggestion proffered by many friends and family.  In actual fact, sex does offer a number of advantages. Unless you’ve been advised to abstain, both orgasms and nipple stimulation can bring on contractions. The prostaglandins in semen are also cervix-softening fats – the very same often used in a medical induction, in fact.

Castor oil has been a long-time recommendation from midwives that is now falling out of favour due to possible side effects. The castor oil theory involves stimulating the smooth muscle of the bowel, producing prostaglandins and encouraging the uterus to get working. These days the recommendation to avoid associated nausea, diarrhoea, and dehydration is to replace castor oil with spicy food instead.

Moderate exercise, such as walking or yoga, has not been officially sanctioned as a way to encourage the start of labour, but in a low-risk pregnancy this sort of exercise will help both body and mind maintain its equilibrium. Anecdotally, “uneven” walking such as walking along a kerb has been reported as successful to get labour started, due to the slight jolting motion it provides the baby.

Acupuncture and acupressure have also been linked to getting labour underway. As well as preparing women for the last stages of pregnancy, the therapy can help both mother and child prepare for the birthing process and the first weeks of life. Acupuncture is based on the beliefs of traditional Chinese medicine, where the concept of two opposing forces in the body – yin and yang – getting out of balance creates energy (chi) blocks which need to be released.

Pregnancy acupuncture concentrates on relieving symptoms of morning sickness, back and pelvic pain, depression, headaches, and sleep problems. Induction acupuncture involves the invigoration of a woman’s energy and directing that energy downwards to encourage and allow for birth. From informal reporting, most practitioners agree just one treatment is usually all that’s required for a post-dates woman to go into spontaneous labour, particularly for those who have already received acupuncture treatment during the pregnancy. If one treatment fails to produce results, only one or two additional sessions are usually required.

So hang on in there, mums-to-be. You’ve done an amazing job growing your baby for 40 long weeks. A few more days might just be worth it to get the best birth outcome for both of you.

Am I likely to be overdue?

You are statically likely to go overdue if: 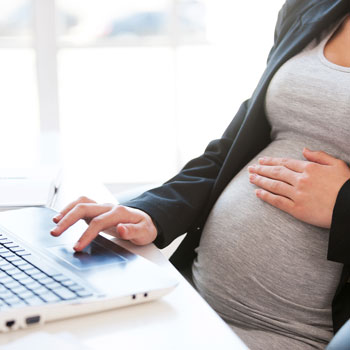 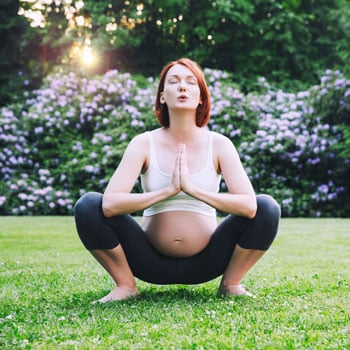