Our pregnancy was a total surprise, but a welcome surprise! We didn’t know we were expecting until just about three months had passed, so we only had six short months to prepare to be first-time parents and the same six long months of waiting patiently for our little princess to arrive into this world. We remember thinking out loud, what will she look like, I hope she has my hair, I hope she has your nose. But nothing could prepare us for the overwhelming love we felt when we first laid eyes on her!

Preparing to be new parents was overwhelming at the least. I had debt that I really wanted to clear before welcoming any children into this world; however, our children wanted to arrive before we thought we would be ready, so I suppose you’ll never be ready until it just happens – unexpectedly, surprisingly! I worked in an office right up until two weeks before my estimated due date and once my body and mind started to relax, I went into labour (a week early).

I had a show around 11.30pm one night. It wasn’t as I had expected, read, or heard what a show was to be – it was only light spotting for me. This was to be the start of my body telling me that I was heading into labour, as my waters didn’t break.

Suddenly came the contractions and these labour pains that I truly thought would feel like period belly cramps for some weird reason. Boy, was I wrong! Contractions were an excruciating lower back pain for me. I was too uncomfortable to sleep and mentally I was both excited and scared to actually give birth and become a parent.

I had not really given too much thought to giving birth. Yes, I had read books, been to antenatal classes, and heard all the horror stories from family and friends – but I tried not to expect too much with my entire pregnancy or becoming new parents, as I didn’t want to become someone I couldn’t or wasn’t. I had already gone three months without knowing, so believed in letting my body take me on the journey to parenthood, come what may.

To pass time, I laboured mostly at home; in the dark, pacing around the living room with thoughts loud in my head, packing the last-minute items into my bag including snacks and some items for my partner. I tried focusing on packing one category of items at a time and going through my checklist again and again in between contractions, as I rested with a hot wheat bag along my lower back and closed my eyes.

I had time to contact my parents and midwife; however, I was failing miserably at keeping track of my contractions as my body and mind were now dealing with my new pain threshold. I suddenly had an epiphany to download a “contractions tracker” app, which helped so much when a tired mum-to-be couldn’t remember much other than pain at the time, let alone relaying contraction times to the midwife.

The app was a great task for the dad-to-be to be responsible of, with our hand gestures and my breathing being his indicators as I found it too painful to speak when having contractions – we made this exercise into a “fun” communication game; otherwise we were both left to our worried but excited thoughts. I had to focus on my breathing and living in the moment of the pain – having my baby in my thoughts, remaining positive and conserving energy.

5am came around quickly and my contractions were beginning to increase in pain and duration. It was time to go to the hospital.

The journey to the hospital would usually take around 15 minutes, but with lower back pain and jiggling in the car, it took a little longer. We reached the birthing centre around 6.15am, meeting our midwife there – secretly hoping I would get the water birth we had planned.

The water-birthing unit was unavailable so I opted for an unlimited hot shower instead, and we continued to play the “fun” contraction game, with a few real laughs and deep conversations in between. I was 4cm dilated.

The pain again increased more and this time I asked for the gas. Once breathing this for a while, I felt like I was having a party! I still felt in control of my body as the gas wore off quickly, but it seemed to pass the time quicker with laughable moments. I was nearing full dilation as my midwife broke my waters. Now my pain went from 0-100 real quick!

I pushed hard for around an hour before my midwife called it a day before I exhausted myself. I needed to conserve some energy to care for my baby once she arrived. The gynaecologist and his team arrived, examined, assessed, and got theatre ready for an emergency Caesarean. All the while, contractions continued.

Within what seemed a few minutes, once I had the spinal fluid injected to numb me from the waist down, we welcomed our baby girl to this world at 4.10pm weighing 7lbs 12oz. I was stitched up and we were sent to care for each other in the recovery unit for the first hour of her life, introducing breastfeeding (of colostrum as my milk would come in three days later) and bonding time between us three, then visitors.

Nothing could prepare us for the overwhelming love we felt when we first laid eyes on her, our daughter, or the intense love we felt for each other as doting new parents. A welcome surprise. 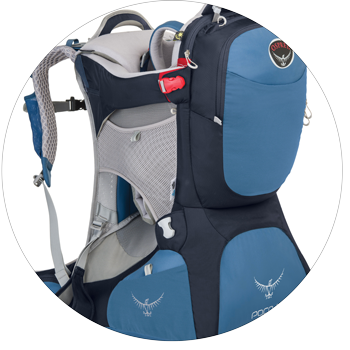 When your back and hips hurt, hiking isn’t fun – especially when you’ve got a squirmy little one on your back... READ MORE 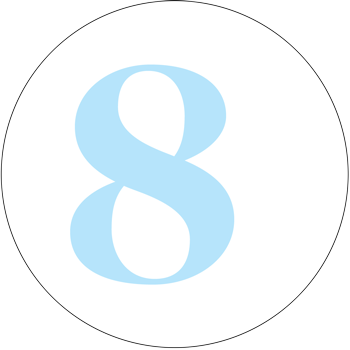