At 36 weeks pregnant, I was told that I would be induced the following week as our little man was estimated to grow to be 13 pounds at 40 weeks. Safe to say, I was happy at the decision of an induction! We were also told that as soon as he was born, he would be taken away and checked for low blood sugars, and would possibly need help breathing since he was being born early. I wanted to try for a vaginal birth (as long as my LMC thought it was safe), as I thought I wouldn’t forgive myself if I didn’t give it a go.

The following Sunday rolled around, and my partner Mike and I excitedly walked into hospital with our bags in tow. A doctor came in, went through our plan, and attempted four times to get an IV in place. At that point, my sense of humour started disappearing, and Mike’s smile wasn’t as big either.

I was given my first lot of gel to start the induction. My mum had arrived, and things started to happen. Two hours later, I had dilated to 3cm. We went for a walk to keep things moving, and not long after I needed to head back to my room, as contractions hit me hard. I felt like my whole abdomen was on fire. After a long night of contractions, my mum and partner were amazed with the view of the crazy thunderstorm happening outside, while I was alternately vomiting, crying, and laughing. Finally we were taken into the delivery suite.

When I saw the tiny hospital cot and the big spa bath in the corner of the room, I realised there was no going back. I admit I was scared for the road ahead. Everything I read previously about breathing, taking it all in, and enjoying the moment all disappeared as panic struck. I had my waters broken, and it was the worst pain I have ever experienced (I had a posterior cervix). I requested an epidural not long after, and it was the best decision. Finally my sense of humour came back, and I settled in and enjoyed the experience, and even managed to have a little nap.

My baby’s birth turned out to be an emotional roller coaster. At one point, I was told I was going to need a Caesarean section, as a vaginal birth wasn’t looking like it would happen. I cried, and my mum and partner talked me round, reassuring me that it was best for both me and my baby. When I  was checked again, something magical had happened – I was 10cm dilated and ready to! After 26 hours of active labour, I was ready to get this baby out.

With my mum holding one leg and Mike the other, I pushed for an hour and a half, only to be told that I was, indeed, going to be taken through for a C-section as nothing was happening. I was devastated, but I needed that baby out. Minutes later, I was lying in theatre staring at the ceiling, with Mike in a bright pink surgical cap next to me while our baby was delivered.

I heard our son scream, and what I felt was something that no words could ever describe. I let out a victory cry – our boy was here and, by the sounds of it, breathing just fine.

Not long after, he was put on my chest and never left. He was happy, healthy eight pounds, and had no medical issues at all. The last two days of labour were worth it for that moment. Everything was forgotten, and my little family were now more in love than we ever thought we could be.

Thank you Emily for sharing your birth story 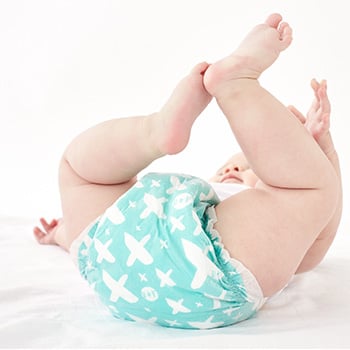 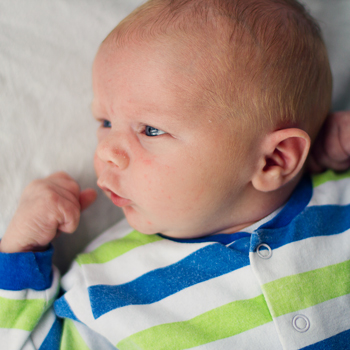