Does your baby have reflux

Does your baby cry and cry and cry, seemingly inconsolable? He might be suffering from reflux, says Midwife Cath in this extract from her book After the First Six Weeks.

It’s very distressing for new parents, who will often take advice from well-meaning friends and family who decree that the baby has ‘colic’ or ‘bad wind’. A lot of money may then be spent on over-the-counter medicines. Unfortunately, the reflux will only get worse until it is treated properly by your GP or paediatrician, so please seek medical advice.

At the top of the stomach there is a sphincter that keeps food down when we swallow. The stomach also produces acid juices to help break down food so it can be digested. Some newborn babies have a floppy or immature sphincter and when some milk comes up, the acid in the stomach comes up too, causing heartburn.

When he’s feeding, a baby with reflux struggles and fusses at the breast or bottle, arching his back and moving his head around, but you may think he’s just refusing the breast. He will cry, and when he finally falls asleep and is put in his cot, he will start crying again within five minutes, inconsolable until fed again… And so the process goes on, and on.

Often babies suffering from reflux vomit. It’s not a large amount of vomit, and it’s not all the milk the baby has just had, but it will be enough to make you feel concerned. Although babies with reflux seem generally unhappy, they are actually well. Babies with reflux do not always lose weight; in fact, some actually gain a lot of weight, as feeding is a comfort for them.

Other common symptoms of reflux include your baby:
• being unable to lie on his back without crying
• drawing up his knees
• waking up from a deep sleep screaming
• burping and looking as if he has eaten something he doesn’t like; it’s actually the acid in his stomach refluxing up.

Reflux is very distressing for everyone. Your once calm and sleeping baby neither feeds well at the breast nor sleeps, and he cries most of the day. He also loves being held upright so you’ll spend 20 hours a day on your feet, walking him. The symptoms of reflux can appear as early as week 2 or 3.

First, it’s important to have reflux diagnosed by a medical professional. Your doctor will prescribe medicine, which can take up to a week to work. Initially, often an antacid is used in conjunction with the medicine. Only give your baby medicine that has been prescribed by your doctor after a physical check.

Extracted from After the First Six Weeks by Midwife Cath, published by Allen & Unwin, RRP $32.99

Whether it’s made with apples, apricots, peaches or damsons, it can be topped with whatever the heart desires. Instead of pistachios in the filling, almonds or chestnuts also taste great.... READ MORE 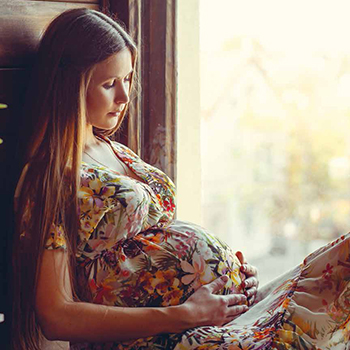 Labour prep: Get ready for a stress-less birth

If it’s your first time giving birth, or you’ve been there, done that, you may feel fairly freaked out by the idea of giving birth. How DOES a whole baby fit through there? Here are some ways to get on top of the fear ahead of time and have a stress-free labour. ... READ MORE