Are maternal hormones different when carrying a boy or a girl? Monique Robinson, Associate Principal Investigator of the Telethon Institute for Child Health Research, University of Western Australia, weighs in.

With advances in prenatal testing, it’s now possible to find out whether a pregnancy will result in a male or female baby as early as eight weeks’ gestation. A quick check of web pregnancy forums would indicate that wait is too long for many parents-to-be who are excited to predict the sex of their baby by interpreting symptoms of pregnancy that might be related specifically to boys or girls. The old wives’ tales and myths abound when it comes to predicting gender in pregnancy. For example, girls will steal your beauty, a boy will make your hair grow faster, girls will make you emotional, and boys will make you aggressive. Did these myths grow from some kernel of truth that might be backed up by scientific evidence?

There is evidence hormone concentrations in pregnancy can differ according to the sex of the foetus as early as three weeks after fertilisation. Studies have shown hCG (human chorionic gonadotropin, the hormone responsible for the second line appearing on a home pregnancy test) is higher for female foetuses compared with males, and remains higher throughout pregnancy. Some studies only report this later in pregnancy. The surge of hCG early in pregnancy is one explanation for the less desirable symptoms of pregnancy, such as nausea and sickness. Researchers have found that severe morning sickness (called hyperemesis gravidarum) is slightly more common in pregnancies where the baby is a girl, which could reflect the differences in hCG. There are plenty of other hormones at work in pregnancy, whatever the sex of the foetus.

There’s a lay belief that when pregnant with a girl, maternal oestrogen levels are higher, but this is not backed up by most studies. Actually, maternal blood oestrogen levels rise steadily throughout pregnancy whatever the sex of the foetus, although female foetuses do show a higher oestrogen concentration in the amniotic fluid early in the second trimester. Testosterone in the maternal bloodstream follows a similar pattern, increasing slowly throughout pregnancy with no foetal gender-related differences. Once again, within the amniotic fluid there are differing concentrations of testosterone, though, higher for males than females. Differences in maternal oestrogen levels in maternal blood have been reported, though.

In one Scandinavian study, oestrogen levels in the first half of pregnancy were around 9% higher for pregnancies where the baby was female, and progesterone levels were lower in the second trimester. But the extent to which the maternal hormone levels matches up to the foetal hormones is difficult to predict. The foetus is influenced by its own internal hormones in addition to being exposed to circulating maternal hormones. Getting samples of foetal blood is complicated and risky, so there is much we don’t know about this relationship.

There is great interest in this type of research beyond parents who’d like to get the nursery painted early. The field of the developmental origins of health and disease focuses on how the environment in the uterus, including the hormonal environment, might affect later health, behaviour, and well-being. Hormonal imbalances in the uterus have been linked with heart disease, cancer, polycystic ovary syndrome, and autistic behaviours in the offspring.

Are pregnancies with girls and boys different?

If there was an oestrogen surge in mothers who are expecting a female baby, could this explain some of the old wives’ tales of extra moodiness or teariness in girl pregnancies? There are significant individual differences in how vulnerable women are to fluctuations in hormones. In some cases, higher oestrogen levels have been reported as “psychoprotective”. This means they moderate mood, while other authors report oestrogen fluctuations triggering mood disorders and even depression in women.

What about aversions or nausea that women report to be different in male and female pregnancies? A fascinating 2015 study looked at the emotion of disgust and how it differs according to the sex of the baby. The researchers posited that disgust is a protective mechanism that helps the mother avoid risks and harms during pregnancy − for example, aversions to certain foods or situations. They found that disgust was high in the first trimester for pregnancies bearing boys and girls, but it decreased for girl pregnancies after the first trimester and remained high for boy pregnancies into the second trimester. The reasoning for this is that male foetuses are considered more vulnerable to their environment, and the aversions reflect a natural predisposition to maintain protective behaviours longer for male pregnancies than female pregnancies.

So it appears there’s not enough evidence to back up claims that male or female pregnancies differ significantly in terms of the maternal hormonal environment. This makes it unlikely that anecdotes of moodier, angrier, or uglier pregnancies are due to the sex of the foetus.

Republished from The Conversation (theconversation.com/are-maternalhormones-different-when-carrying-a-boy-or-a-girl-78348). 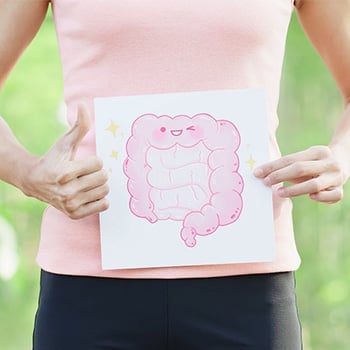 How to improve your digestion, bowel health and regularity

The tips for success listed below make a massive difference to the state of your bowels. Your bowel health then influences your metabolism, your energy levels, your skin, your digestion, your weight, your ageing and your potential longevity. 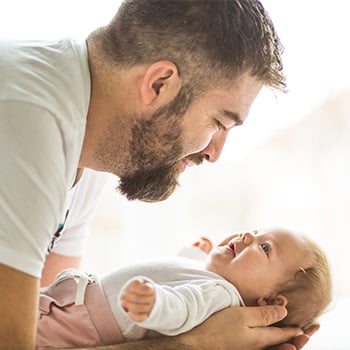 The importance of joint attention

Joint attention is important in terms of communication skills and is a main focus of development for infants between 8 and 12 months of age.