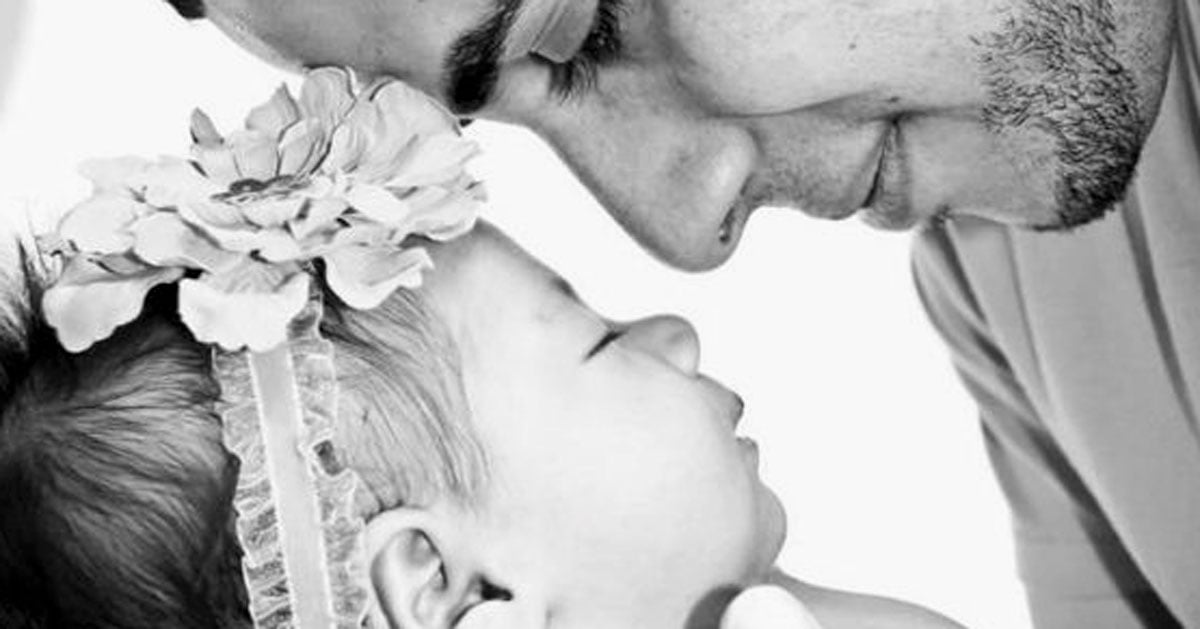 Faces and facial expressions have a special power over us as human beings. While friendly faces make us feel warm and fuzzy, those of our opponents evoke fear or even anger.

So, when do we as kids learn to recognise faces and facial expressions? And what lessons can be learned by parents whose facial signals carry a massive amount of information for infants?

As a researcher primarily interested in emotional development, I’ve spent years studying how infants and children come to recognise faces and emotional facial expressions. Newborns show a distinct preference for the faces of their mothers, only hours after they are born

The importance of faces for children

Decades of research from many different labs suggest that faces are quite special for infants right from birth.

Only a few hours later, newborns will also become adept at differentiating between their mother’s face and the faces of strangers, looking longer at images of their own mothers than at images of another woman.

And within a matter of days, they will learn to discriminate between different emotional facial expressions, like happy, sad and surprised faces.

Over the next few months, faces will become a newborn’s favorite stimulus as he or she acquires more and more expertise at identifying familiar faces. This response to faces will continue to grow over time. By the time infants

are five months old, they will learn to match the image of an emotional expression (such as a sad face) with its corresponding vocal expression (for example, a sad voice). By five years, newborns’ ability to recognise and label facial expressions approaches the competence of most adults.

Researchers still aren’t sure how infants learn about faces so quickly. Some argue that infants have a biological predisposition to prefer faces right from birth. Others suggest that the massive amount of experience newborns get with faces right away is enough to promote rapid learning. Others take a middle-of-the-road approach, demonstrating that newborns aren’t attracted to faces speci cally, but instead prefer looking at any pattern that is top-heavy, having more “stuff” on top.

This preference does indeed attract them to faces early in life, but isn’t specific to faces until later on, after the infants gain more experience looking at faces.

Learning in the face of uncertainty

Nevertheless, infants’ expertise with facial expressions becomes an extremely valuable tool for learning in the second half of the rst year.

Around eight to 12 months of age, infants learn that they can use information from other people’s faces – especially their mum’s – to help them gure out what to do in new situations.

For example, when infants who are first learning to crawl and walk are presented with a possibly dangerous slope, they look to their mothers’ facial expressions for cues. They attempt to descend the slope only when their mothers offer an encouraging smile; they refuse when their mothers discourage them from going.

For example, shortly after birth, infants show a preference for looking at faces judged by adults to be “attractive” over “unattractive” faces.

Perhaps even more surprising is that infants prefer the faces of their own race by three months of age, and have trouble distinguishing between faces of other races by nine months.

Researchers call this phenomenon “perceptual narrowing”: It means that newborns’ brains are exible enough to distinguish between a variety of different faces (even faces of different species) right from birth.

But as they become experts at identifying the faces they see most often, they lose the ability to differentiate between faces that look different from the ones that are most familiar to them. In other words, they begin to have trouble deciding whether two faces of a different race are the same person, or two different people.

The face you wear matters

The good news is that exposure to people from other races on a daily basis can erase this effect.

The effect of perceptual narrowing can even be reversed if infants are exposed to pictures of faces from other races after six months of age.

Given that a child’s world is lled with uncertainty, the faces of those who are most familiar to them can provide an important source of information about what’s safe and what’s dangerous; what might bring joy, and what might bring fear.

And infants are experts at recognising any facial expressions. This might be worth keeping in mind when reacting to a spider, a curse word or an annoying relative.

So, which face you would want to wear around your baby might be a question worth considering. 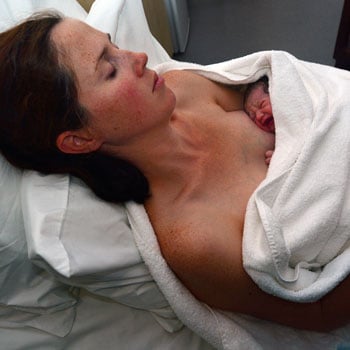 With all of the birth techniques available, how do you know which one is right for you? 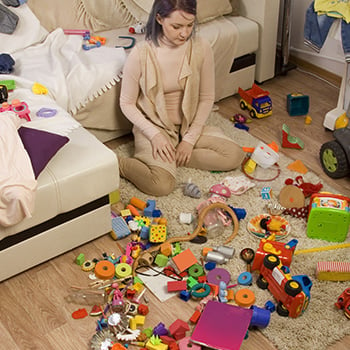 Beyond the baby blues

It’s normal to feel a bit down following childbirth. But what if your feelings don’t improve, or you aren’t coping? You may have postnatal depression, also known as PND