Liz Donnelly, creator of Eardrops and founder of The Eardrops Company takes a broad look at how babies develop their language in the first year and how caregivers can help them learn.

Learning a language involves listening, understanding, and speaking. Primary caregivers play a pivotal role in guiding the way a baby learns these processes. From a very early age, babies use multiple areas of the brain to watch, listen and learn the rhythm and sound patterns of the language being spoken in their home. Although most people learn language through listening, babies who are deaf meet all linguistic milestones as long as their caregivers use sign language at the earliest possible stage and respond appropriately. Babies create their own journey to language. These are general timelines. Some babies will reach milestones later and some earlier.

“I am watching and listening intently. Please create routines and talk with me as much as you can.”

Babies need to be exposed to language as much as possible during the first 12 months of life, because the number of words heard (or signs seen) has a direct effect on how quickly they will learn the language later on. Very young babies deliberately imitate the sounds and intonations of what they hear, learning the patterns of their native language well before they understand it. There is a particular way that most caregivers naturally speak with babies called “Infant Directed Speech” (IDS). We talk slowly and simply, in a higher pitched voice, with exaggerated tones, gestures, gazes, and facial expressions. There are a few languages where IDS isn’t used, but in general, parents and caregivers all around the world speak this way with their babies, and it is a very effective learning tool.Routines around feeding, sleeping and playtime are really important for language because these predictable rituals create a learning framework or “map”. At each bathtime, for example, a regular sequence of events happens and it’s likely that the same words are always spoken. The routine of the bath creates a framework for baby to learn.

Learning that conversations involve two (or more) people taking turns to speak is a major step for language in these early days. Caregivers teach babies to take turns by leaving a natural pause to give baby space to gaze, smile, coo, move their hand, or vocalise back in response. They show respect for the baby’s turn by staying quiet for longer than in an adult conversation, then when the baby responds, the caregivers act like they understand what was said. An older baby will be more motivatedto communicate if they’ve been treated as a meaningful part of conversations in these early days.

“Let’s look at this toy together. Hey, I know my name!”

Although babies have been making sounds to communicate their needs from the very start, in this next stage (at around five months) baby will begin to vocalise more deliberately, talking to themselves in the mirror and to toys too, as well as people. It is such a challenge to separate out the individual sounds in the “stream” of chat, but somehow our amazing babies start to do this between three and six months old. This is an important step, because they need to know the speech patterns to understand words and phrases later. Babies usually start to respond to their own name by about five to six months – exciting times! Perhaps the biggest step that babies take towards language now is “joint attention”, acquiring the ability to focus on an object at the same time as someone else. The baby understands that their caregiver is naming and describing the object they’re both looking at – a revelation! This skill is the second key learning framework for language.Caregivers can assist language development by repeatedly focusing with their baby on books, toys, animals – any object the baby can see, hear, or touch. Talk about everything!

The average adult English-language speaker uses 150 words a minute, choosing from 30,000 to 60,000 alternatives.

“I start babbling and I love it. I point to something and you name it for me!”

Around six to nine months, babies experience being understood when they communicate. Maybe they wave towards a toy and their caregiver passes it to them, maybe they create a sound and the meaning is understood, maybe they lift their arms wanting to be picked up and hey presto they are lifted up. Whatever the event, the action they performed with an intended meaning that was understood by someone else is a milestone! The third key language learning framework is now in place, where baby can initiate conversations about their world.From those beautiful early smiles in the first few months to the nine-month-old pointing to the toy they want, gestures are the first exciting outward signs that babies are on the path to language. The actual gestures used reveal where a baby is at in their language development, because gestures and language stem from the same area of the brain. Words replace gestures eventually, but not completely – we all gesture throughout our lives to add emphasis and meaning to whatwe’re saying.

Common gestures babies use are:

Babies may even create their own gestures that mean specific things to them; for example, pointing to their mouth when they want to eat. Babies start to babble during this stage, creating lovely long streams of gibberish like “bibibibibi” “mamamama” and “bidibidibidi”. Early babbling sounds the same regardless of the language being spoken in the home, but over time, these sounds become more tuned to the native language. Babbling is not unique to humans – young songbirds, sac-winged bats, and pygmy marmosets babble too.At around seven months old, babies start to recognise their first few words and can pick them out of the conversational stream. At this stage, without really being aware of it, caregivers provide more information within their IDS, describing things instead of simply naming them, which builds in more language learning. They still use short sentences that include one or two ideas (“Here’s kitty!”) but they introduce slightly harder concepts (“Pat the kitty!”), and use more words within sentences (“You pat the kitty!”). Singing songs and nursery rhymes and playing simple games with caregivers is important during this stage because of the repeated language patterns.The babies who work the hardest at this stage to make themselves understood, understand more language than their peers do when they get to 13 months, so if you have a baby that’s doggedly determined to communicate, that’s a great sign.

Babies are born with the ability to hear and create every sound in every language, but this ability drops off over the first few years as they focus on learning the language spoken in their home.

“I am working hard and fast to learn my language. Please help me as much as you can. I will be talking soon.”

From about eight to nine months, there is a huge burst of activity in the language areas of the brain. Babies might know 20 words by now and respond to simple requests like, “Wave bye-bye!”, whichis significant because this shows they understand what those three words mean. Babies also might come up with their own words for things (an exciting milestone because it reveals that they are starting to think symbolically). They also start to use rising intonation to ask a question (for example looking at their caregiver and saying “Aah?” could mean “Can I have that?”). They also learn to ask a question as a “chunk” (for example, “Wassat?”) and start to answer simple questions too. A complex set of tasks that lead to major language achievements during this stage. Bravo, baby!

It is vital that babies are given lots of chances to observe and imitate language, and they need to hear IDS spoken to them (babies of nine months whose carers speak with them in IDS sentences know more words at 18 months than those who haven’t been exposed to this simplified language). Babies are now starting to engage for longer periods of time, so caregivers can capitalise on this by having many focussed conversations together each day – discover books, toys, walk outside and look at the trees, discuss anything that the baby can see, touch, and hear.

6,000 languages are spoken throughout the world

In New Zealand, the top five languages are English, te reo Maori, Samoan, Hindi, and Northern Chinese (including Mandarin). Many people are bilingual here, and although experts agree that the human brain does seem “wired” for it, learning even one of these languages is a remarkable achievement. 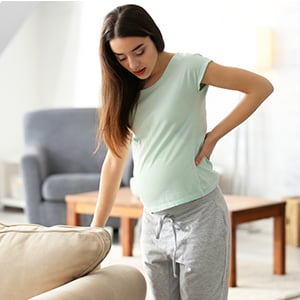 The maternity pants that weren&#8217;t

I am not really a “trousers” kind of person. I prefer to wear dresses and skirts, or tunics over leggings. But a friend recently raved about these gorgeous and comfortable pants she bought from a trendy online boutique, so I threw caution to the wind and ordered a pair for myself.

The science of sex

Sex is a form of biological communication, and women use it to make decisions on whether to invest in a pregnancy.