Pregnancy is a heady time of transformation, anticipation and adjustment. Here are some things you’d like to know but are too afraid to ask!

1. is it normal to have weird dreams?

It’s perfectly normal for you to dream more vividly than before the pregnancy. Enjoy it – it’s probably the last time you will sleep long enough to actually have a dream ….Okay, some dreams are truly weird. When I was pregnant with my first child, I dreamt (repetitively) that:

Eventually I dreamt about a stranger taking shortcuts through our property to the nearby beach, and I had a big “aha!” moment. My subconscious mind had a problem with our laidback security. No fence, bordering on a public reserve … and yes, a convenient shortcut to the water. I made my husband put up a “No trespassers” sign and the dreams went away. I’m not saying that all dreams mean something, mind you. Scientifically put, they are more intense during pregnancy because of increased progesterone and increased awakenings from REM sleep. Your dreams may also be
coloured by your anticipation or fear of motherhood.

30% of pregnant women snore, compared to 4% of nonpregnant women. A woman experiences higher estrogen levels during pregnancy, increasing the mucous membranes lining the nose, and she also produces more blood which causes blood vessels to expand. Both of these can obstruct the nasal passage, making it more difficult to breathe clearly. Weight gain can also lead to snoring. If it’s bothering you (or your partner):

3. what about, er, incontinence?

Incontinence can occur during and after pregnancy (even after a C-section). It can be particularly bothersome if you have a persistent cough. The best way to help is to tone the muscles with regular pelvic floor exercises (you knew that, didn’t you?). You can also cope by going to the toilet more frequently or if it’s really troublesome, wearing sanitary pads. If the problem persists after your baby’s birth, get a referral to a specialist who can perform a minor correcting procedure.

4. will my partner love the baby more than he loves me?

When you’re pregnant, the looming labour is almost all you can think about. However, the cocktail of pregnancy hormones you’re on is potent, so it’s not unusual to worry about everything from asteroids to another Ice Age.

If you find yourself dwelling on this issue once your child is born and your life is a rollercoaster of overwhelming helplessness, detachment and debilitating exhaustion, your angst may be a result of post-natal depression. Please seek help immediately.

5. labour sounds so gross! does he have to be there and watch?

First things first: labour is only gross when you’re a first-timer thinking about it. When you’re in labour, it may be a lot of things – from overwhelming and exhausting all the way to insane – but it doesn’t seem gross at the time. Still, if you’re worried at all, you have every right to ask your partner to wait outside. Women have done it for generations and – who knows – he might be secretly
relieved. There is also the middle ground: he can be in the room but sit by your head. One more thing: All men I’ve ever spoken to about the topic agree that they felt nothing but overpowering love and affection when they watched their partner deliver their child.

Hey Baby…. Did you know?

Measles, also called rubeola, is a potentially fatal disease that’s caused by a virus and is spread via coughs, sneezes and simply breathing. It’s best known for causing a rash, but measles can also go to the lungs and central nervous system. Before widespread vaccination programmes, measles caused an estimated 2.6 million worldwide deaths per year.

“Measles is probably the most contagious pathogen that we know,” says Jeffrey Kahn, MD, director of Pediatric Infectious Diseases at Children’s Medical Center in Dallas. “Put somebody with measles in a room with 100 individuals who have never been vaccinated, and all of them will get measles. It’s a very contagious disease.”

Symptoms: The illness usually starts 10–12 days after exposure. At first, measles may look like a common cold, with a fever, a runny nose, sore and watery ‘pink’ eyes. A couple of days later, small white spots may appear on the back inner cheek of the mouth. A blotchy red rash usually starts between days 3–7 and tends to start on the face, behind the ears, before moving over the head and down the body. The rash lasts for up to a week.

40 Weeks of Pregnancy And The 40 Tips You Need 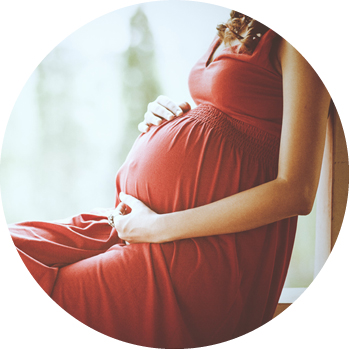