Back in my day…

Pregnancy, birth, and baby care sure were different “back then”, Penny Voigt writes.

As tough as pregnancy is, it doesn’t compare to what mums-to-be had to go through several decades ago. And while pregnancy itself hasn’t changed, technology, nutrition, and the pace of life have brought many positive changes to pregnancy. Here’s a look at just how much pregnancy, delivery, and mum’s recovery have changed over the last few decades.

Finding out the big news

Thirty years ago, confirming a pregnancy involved a trip to the doctor with a urine sample, and then a lengthy wait to find out the result. Most women simply waited until they’d missed two periods and already knew they were pregnant before visiting the doctor. The home pregnancy test did not become mainstream until the late 1970s. Today a quick trip to the pharmacy or supermarket to purchase a home pregnancy test will confirm a positive or negative result as early as two or three weeks into the pregnancy.

Back in the day, finding out the sex of the baby was simply not an option. Ultrasound technology wasn’t around until the late 1980s, so parents had to wait until the baby was born to find out its gender or discover any health issues. Advances in technology mean today’s parents find out whether they’re having a boy or girl early on in their pregnancy. 3D and 4D scans clearly show baby’s features and movements, while diagnostic testing during pregnancy can determine many health issues before baby arrives.

Thankfully, long gone are the days when doctors held newborns upside down and spanked their bottoms. Thirty years ago, nothing was off-limits. Mums were encouraged to continue eating and drinking as they always did, and an ailing mum-to-be could go ahead and pop any medication she wanted. Many doctors asserted the benefits of dark beer to boost iron levels, while quitting smoking was discouraged as it was believed that stopping would lead to high blood pressure. For pregnant women today, diet is an important part of a healthy pregnancy. If it’s not organic or all-natural, it’s usually best avoided. Modern mums-to-be are armed with a list of foods to avoid, alcohol intake is limited, and smoking during pregnancy is taboo (for good reason!).

In the past, the delivery room was strictly for mums and doctors only. During labour, dads would hang out in the waiting room while mum and the doctors got on with delivering the baby. Today’s dads are far more hands-on and expected to be there every step of the way. As well as serving as coaching partner during contractions, many dads help deliver the baby and cut the umbilical cord. New mums today are usually up and out of bed early after delivery. Babies room in with their mums, while a hospital stay of 24 hours is normal for vaginal births, and some mums even choose to leave right after baby is born.

Maternity fashion of the past made pregnant women look huge: Trapeze dresses, smock tops and big, floppy bows. Many mums-to-be sewed their own flowing, tent-like dresses in groovy fabrics. Maternity wear today is all about accentuating your bump, and you’ll find all your regular non-pregnancy faves now come in maternity styles too. From clingy maternity dresses and tops fresh off the high street, to sexy maternity bras and panties, jeans, and even bikinis, today’s pregnant mums wear clothing that’s both stylish and comfortable.

In the past shaving, enemas, and episiotomies were standard practice before delivery. Enemas were thought to help make more room for baby to move through the birth canal, while shaving mum’s pubic area helped tidy things up down there. Most women endured a routine episiotomy, a cut made to make the birth opening larger. Today, mums-to-be no longer have to go through any of these. Along with being painful, enemas were found to be of no benefit, while small nicks from shaving could lead to infection. Scientific studies have debunked the routine episiotomy, showing that a small cut could lead to deeper and more painful tearing.

Until the late 1980s when epidurals became popular, mums-to-be had little to say in how baby was delivered. Strong anaesthesia would knock out mum during labour, and being heavily sedated meant she was unable to fully participate in the delivery or help push during the final stage of labour. So intervention was inevitable and doctors would often have to use forceps to pull baby out. Midwives were uncommon and women choosing a midwife were often labelled “hippies”.

Years ago, newborn babies would remain under observation in the nursery for at least their first 24 hours of life. Babies were wheeled out to their mums at a particular time each day, for feeding and most new mums stayed in the hospital or “maternity home” for several days and even weeks.

In the early 1970s, less than a quarter of new mums breastfed their babies while in hospital. In fact, mums were often discouraged from breastfeeding and given medication to dry up their milk. Breastfeeding rates hit a peak in the mid 1980s when more than 60% of mums nursed their babies while in hospital. Today breastfeeding is actively encouraged for its health benefits for both baby and mum. A wealth of information and resources are available to help new mums breastfeed.

When leaving the hospital, baby was usually placed in a Moses basket or carrycot in the back seat of the car. Seat belts, if there were any, were lap belts and certainly not mandatory. Sometimes the new mum just held baby in the front seat, while dad drove home nervously. Today’s baby car seats are bought after extensive research into safety, comfort, and reliability, and often require several training sessions on how to install the seat in the car, and how to correctly strap baby into the seat! 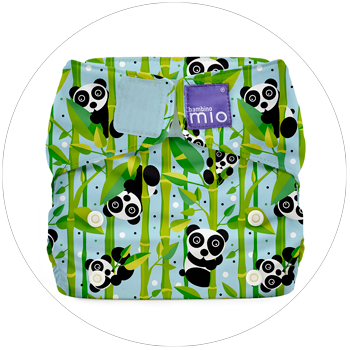 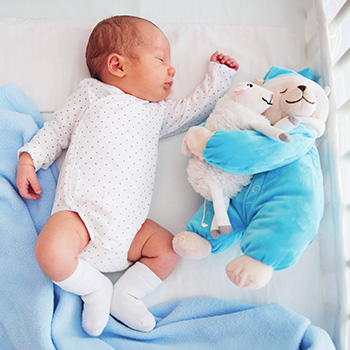